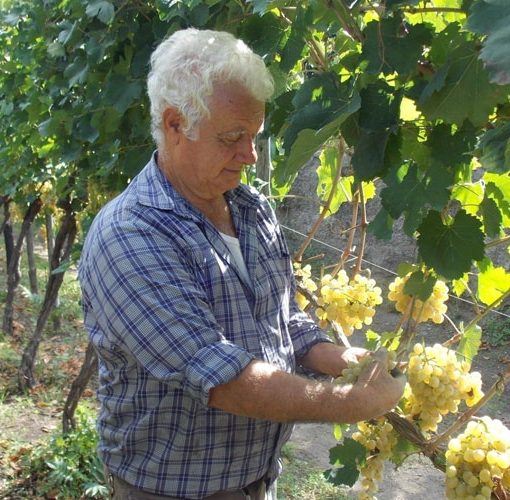 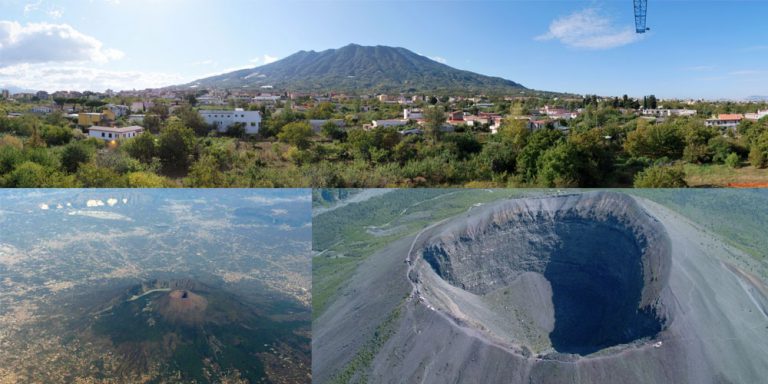 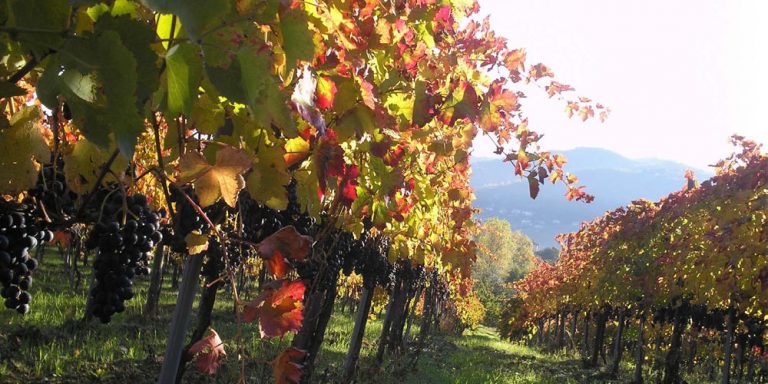 The slopes of Mount Somma, at the spring called “Olivella” from which the company takes its name, was discovered in 1974 a fragment of jar Vinario, evidence of wealth of an area from which since ancient times came some of the finest wines of ancient Rome on the market with Pompeii. The mouth, the pitcher goes impressed the abbreviated inscription of “Sextus Catius Festus”, coupled with a stamp depicting a stylized leaf, like a little heart. The seal is significantly became the logo itself of “Cantine Olivella”, turning into a chalice. It is the perfect sign of a union between land, art and passion are the three hearts beat in unison in the world Cellars Olivella.
Catalanesca
This grape owes its name to its geographical origin: it was imported to the slopes of Somma Vesuvius from Catalonia, by Alfonso I of Aragon in the fifteenth century, and implanted on the slopes of Mount Somma. On these fertile volcanic soil the grapes were used both as table grapes and making wine both for a fine wine from the farmers in the Vesuvian impressive cellai the farms. Today it is cultivated mainly in Somma Vesuviana, St. Anastasia, Ottaviano and other Vesuvian towns that are located on Mount Somma. It is harvested between October and November, but may remain on the plant until the end of the year: once there was the custom of leaving on the plant the most beautiful bunches, eliminating gradually the failure grapes, as well as to facilitate the maintenance up to the Christmas season. Since 2006 it has been officially added to the list of wine grapes. In 2011, the product specification has been drawn up which led to the IGP Catalanesca of Mount Somma.Varietal characteristics
He has three-lobed leaf of medium size, short petioles. The bunch is loose, elongated, cylindrical-conical. The berries are large, round, with thick golden yellow, slightly pruinose.